The scenarios chosen for this year’s playoffs are:

Eldon is the 2018 WASLC Champion.  Congrats to Eldon! 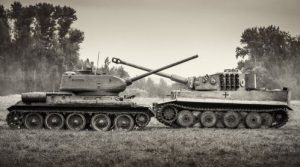